The fourth acquisition of my Funding Nature project has just completed and it’s a really special one! In the summer of 2020, Rob Farrington of Dorset Wildlife Trust contacted me about 350-acre Weston Farm on the South Purbeck coast, in Dorset. The farmer was retiring and the farm was about to be sold. Rob and his conservationist mates were desperate to get this spectacular stretch of coastline into the ownership of a conservation charity, to protect it for both nature and future generations.

The land forms the eastern half of St. Aldhem’s Head, includes ancient ‘strip lynchet’ terraced field systems and Winspit quarry caves – Dorset’s most important swarming site for bats, and a site of national significance. In the autumn swarming season, thousands of bats flock to the Winspit caves from up to 60km away for a night of ‘speed dating’ and mating on the wing. For rare species such as the serotine and barbastelle bats the site is critical, and the caves are also used for winter hibernation by some of the UK’s rarest bats, such as the greater horseshoe.

Local National Trust staff were keen for the charity to purchase the land, and after discussions with both the land owner and the Trust, I eventually put in an offer to buy the site to give the National Trust time to get internal approval, or to buy the land myself if that wasn’t possible! To cut a long story short, I am incredibly pleased to say that the co-operative strategy between me, the vendor and the National Trust worked, and this jewel of the Purbeck is now in the safe hands of the National Trust. We will all get to enjoy seeing the site transformed through a careful combination of nature recovery, conservation management and regenerative agriculture.  A mosaic of species-rich grasslands, wildflower meadows, scrub and woodlands will emerge, creating a much wider coastal corridor for nature that can be enjoyed by everyone, including those walking the iconic South West coastal path which will now be widened out for the section that abuts the land. 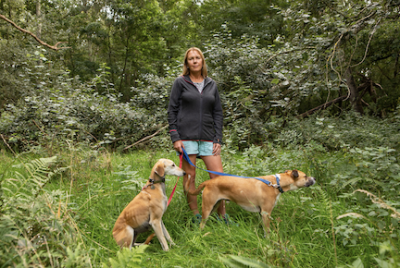 Rewilding the countryside, one farm at a time - Guardian Observer Article 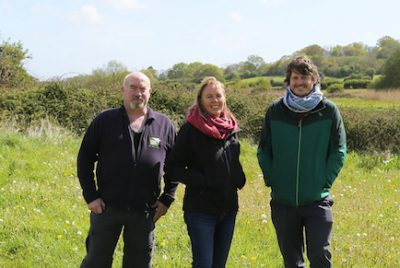 A place for nature and people in Dorset